U.S. tech firms are pausing facial recognition, but that creates a problem

Buffett says bonds are dead — If he’s right, here’s what it means for investors

Bitcoin is at a tipping point and could become 'currency of choice' for global trade, Citi says

These tech stocks could be hit even harder if rates continue to rise, says Goldman Sachs

The all-male board is alive and well for private companies

Streaming giants come up big winners at the Golden Globes

Well that was quick. In rapid succession this week, Microsoft followed Amazon which followed IBM in putting the brakes on selling facial recognition software to law enforcement, because of concerns about racial profiling. Anyone who thought post-George-Floyd CEO statements were just talk now have a bit of action to point to.

But Microsoft’s Brad Smith raised the obvious problem with this approach. In China, which has made winning the A.I. race a national priority, concerns about privacy and profiling are faint. Said Smith:

“I think it’s important to see what IBM has done. I think it is important to recognize what Amazon has done. It is obviously similar to what we are doing. But if all of the responsible companies in the country cede this market to those who are not prepared to take a stance, we won’t necessarily serve the national interests or the lives of the black and African-American people of this nation well.”

IBM CEO Arvind Krishna Had this to say about the tech trend he started:

“This is a time when people are expecting companies to take clear and definitive actions. Technology must be used in ways that are fair and responsible. These actions, together with precision regulation, can help ensure innovations are used in ways that make technology part of the solution to society’s most serious challenges.”

Separately, Rhode Island Governor Gina Raimondo spoke with Fortune’s Most Powerful Women community yesterday, and offered one unexpected casualty of COVID 19 – the snow day. “I announced yesterday the end of the snow day in Rhode Island. Our kids have missed many days because of snow. No more.” When it snows in Rhode Island, the schools will go virtual.

And one bit of Friday feedback: Dow CEO Jim Fitterling wrote in after yesterday’s health post to say that telemedicine–and virtual education, as well–won’t succeed until we do a better job getting broadband to all parts of the U.S.:

“Getting the entire US connected via Wi-Fi is an imperative in any infrastructure stimulus. It will facilitate better health care delivery to underserved areas, increase education opportunities, allow the US to jump ahead digitally and increase our competitiveness. Every state should accelerate digital for delivery and lowering costs. This would be a major silver lining, and change the shape of recovery and future growth.” 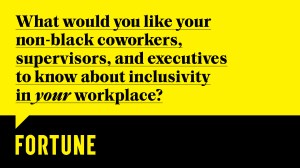 Many companies are speaking out against racial injustices right now. But how do they fare in their own workplaces? Black employees in the corporate world, we want to hear from you: Please submit your anonymous thoughts and anecdotes here.

Related Topics:
Up Next

Zoom’s censorship stumble is a familiar narrative for tech stuck between U.S. and Beijing